The Unsung Role of the Pharmacist in Patient Health

Are people relying too much on the traditional doctor/patient interaction? 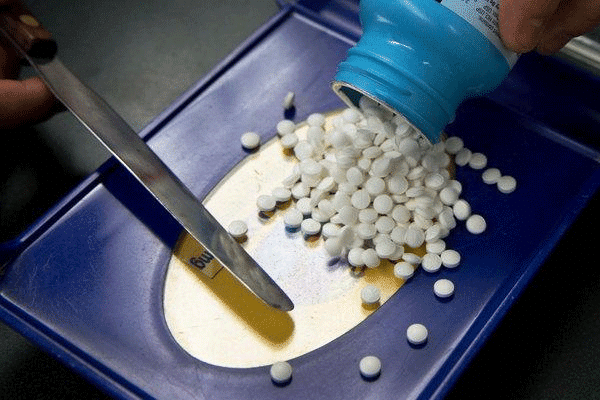 “Older adults are taking an awful lot of pills these days,” says a professor of medicine and pharmacy. Getting them to stop taking unnecessary ones is harder than one might think. Credit: Rich Pedroncelli/Associated Press

We know many people end up with a risky pileup of prescribed medications. Many efforts have been made, with varied success, to correct this problem. Yet we’ve usually focused on physician behavior, when there’s another powerful lever: pharmacists.

About 30 percent of older adults in the United States and Canada filled a prescription in the last few years for one of many medications that the American Geriatrics Society recommends they avoid. Such drugs can lead to more harm — like cognitive impairment or falls — than good, and often safer options are available.

“Older adults are taking an awful lot of pills these days — 66 percent take five drugs or more per day, and 27 percent take 10 or more per day — so if some of those pills are no longer necessary and may even be causing harm, why not ask if it is time to deprescribe?” said Dr. Cara Tannenbaum, a professor of medicine and pharmacy at the University of Montreal, and director of the Canadian Deprescribing Network.

It’s not easy to get patients off such drugs, though. Physicians often don’t have enough information about what patients are taking, or may lack the time to talk to patients about these medications. They fear that stopping the drugs might cause harm or make patients upset.

To explore the possible role of pharmacists, Dr. Tannenbaum conducted a large randomized controlled trial over four years in community pharmacies in Quebec. The results of the study were recently published in JAMA.

Patients 65 years or older were randomly assigned to one of two groups. In the intervention group, pharmacists gave both patients and their physicians educational materials on the specific drug that might have been inappropriately prescribed. Such brochures could be delivered by mail or in person. The control group got the usual care, with no educational materials.

Drugs that were targets for deprescribing included sedatives, first-generation antihistamines, glyburide (used to treat diabetes), and certain non-steroidal anti-inflammatory drugs, like ibuprofen or naproxen. The main outcome of interest was the ending of a prescription for one of the four medication classes six months later.

Almost 500 patients, average age 75, participated in the trial, and about 90 percent of them completed it. The intervention made a difference. Within six months, 43 percent of the patients in the intervention group had stopped taking one of the selected medicines. The corresponding figure was 12 percent in the control group.

In medicine, we often focus on the traditional doctor/patient interaction. We tend to ignore practitioners who come into contact with patients more than physicians, who in this case could hand over brochures personally. In the study, pharmacists were also paid to send information to the patients’ doctors ($19 Canadian, equivalent to $14 American, per physician outreach).

Similar studies trying to enlist pharmacists are rare, but not unknown. In a 1996 study in the American Journal of Medicine that randomly assigned 208 patients, half of them had a pharmacist in a Veterans Affairs Medical Center review their medications and make recommendations to their physician. This resulted in improvements in prescriptions in 24 percent of patients versus 6 percent in usual care.

A 1998 study published in JAMA encouraged pharmacists to contact physicians by alerts when they were employing drugs that were not ideal in the care of older people. They were able to reach physicians just over half the time and saw changes in prescriptions about a quarter of the time. This was not a controlled trial, however.

A 2014 study in JAMA Internal Medicine focused on direct-to-consumer educational materials from pharmacists to reduce inappropriate benzodiazepine prescriptions for older people. It worked 27 percent of the time compared with 5 percent in usual care. A 2001 study in the Canadian Medical Association Journal focused on messages sent to physicians only, and found no significant changes.

Dr. Tannenbaum, author of the recent JAMA study, thought that communication was essential to her project’s results: “We first asked primary care providers what information they needed to safely deprescribe patients’ medications,” she said. “Based on the physicians’ answers, we provided pharmacists with a template on how best to communicate the evidence about deprescribing to physicians. When pharmacists equipped patients with the same information, applied specifically to medications the patient had been taking for a while, everyone was on board and keen to initiate a conversation.”

Of course, this study took place in Canada, and pharmacists’ scope of practice may differ in parts of the United States. The pharmacists were also reimbursed for physician contact, which might not occur in the United States. Pharmacists have seen increases in their scope, especially with respect to contraception in Oregon and California, which tend to be supported by patients as well.

Much like another recent study involving barbershops (and pharmacists), this study provides evidence that seemingly intractable problems can be overcome by expanding the focus of our interventions. There are many more professionals involved in health care besides physicians. They can help make health care better.

Aaron E. Carroll is a professor of pediatrics at Indiana University School of Medicine who blogs on health research and policy at The Incidental Economist and makes videos at Healthcare Triage. He is the author of “The Bad Food Bible: How and Why to Eat Sinfully.” @aaronecarroll